I think that the reason for my changed behavior depends on two key feature in Spotify.

I think this is an interesting example of how technology changes the way we behave. This service has certainly changed the way i consume music and in the process enriched my life. That’s how it should work and I’m happy, when it on these rare occasions, do.

Spotify has clearly met a latent need that I had. It would be interesting to know more about the research behind it.

While I’m able to share music with others I still think it’s an area where there’s plenty of room for improvements. In the current version I have to right-click a song/album/playlist and choose Copy Spotify URI. 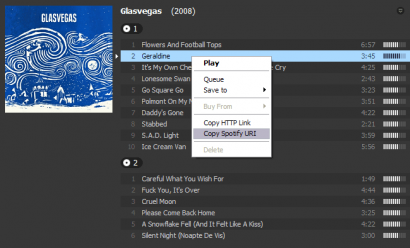 I then have to send this URI to a friend someway who have to execute it somehow, for example with Run… in Windows. 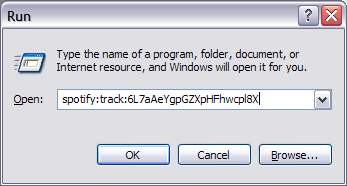 I think that the natural progression should be some sort of Social aspect in Spotify. In it’s simplest form it could be being able to connect with friends using Spotify. You could then easily send them songs through the UI of the application.

I think that Spotify is great. It’s made me listen to more music. Has it changed the way that you listen to music?